Every person in the world is different, so it makes sense that not everyone will have the same needs when it comes to conquering a drinking problem. An excellent example is someone who has been diagnosed with Borderline Personality Disorder (BPD) and has been self-medicating with alcohol to the point of addiction, which is called Alcohol Use Disorder (AUD). This is called a dual diagnosis and needs to be addressed and treated differently than someone who has AUD alone.

Borderline Personality Disorder is a psychiatric condition with specific symptoms that is diagnosed and treated by a professional, often with medications. Both the symptoms of BPD and the medications the patient may be taking are affected by the use of alcohol and the symptoms themselves may make someone with BPD more prone to drink.

Because BPD must be managed by certain treatments it may be harder for a patient with BPD to comply with treatment when faced with the dual diagnosis of BPD and AUD. This means their medical providers must take a different course of action than they might with someone diagnosed with one disorder or the other alone.

There are unique issues people with both BPD and AUD must face but once a specific and unified treatment plan is underway they can begin to enjoy life with both disorders under control.

What is Dual Diagnosis? 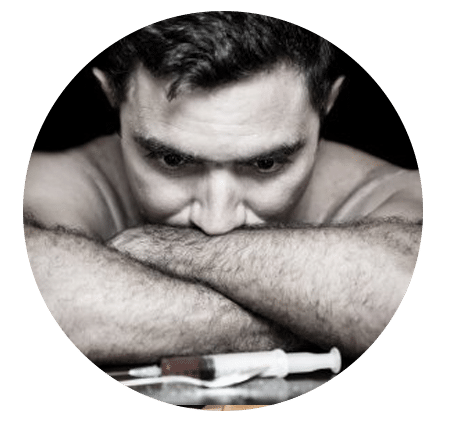 According to the National Institutes of Health (NIH) a dual diagnosis is technically called comorbidity, which means someone has been diagnosed as having both an alcohol use disorder and a specific psychiatric condition, so if your doctor or therapist says you are "comorbid" she means you have more than one condition. This is important because a treatment plan must integrate and address both disorders at the same time in order to be successful.

A dual diagnosis is vital to those who have BPD because they most likely interact with alcohol differently than those without BPD. Alcohol abuse is common with BPD and other psychiatric disorders and finding a treatment plan that works may be challenging and unique. When someone has a dual diagnosis both conditions must be treated. Almost half of patients with BPD also suffer from some form of addiction, and sometimes the symptoms of the addiction are similar to the symptoms of BPD. This is why it may be difficult for your therapist to make a dual diagnosis.

Besides a tendency to abuse alcohol a person with BPD may tend to abuse other drugs such as cannabis, heroin, cocaine, and prescription medications, and may also mix alcohol with some of these drugs. A dual diagnosis will define the existence of two parallel mental health disorders and allow your doctors to create an individualized treatment plan that takes both disorders into consideration.

Researchers aren't sure which occurs first: BPD or AUD. Alcohol abuse can cause changes in the brain and over time these changes can become permanent psychiatric disorder such as BPD or depression. Some of the symptoms of AUD are the same as symptoms of BPD. On the other hand, because those with BPD may be hard to diagnose they tend to self-medicate with alcohol or other drugs and don't realize they have become addicted.

Borderline Personality Disorder is a psychiatric condition that affects the way you feel and think about yourself and others. The Mayo Clinic states BPD usually begins in early adulthood and seems to get better as you age. BPD can cause you to have trouble functioning in your daily life because of impulsiveness and extreme emotions. Frequent mood swings and inappropriate anger tend to lead to intense but unstable relationships as you may have an unhealthy fear of being alone. Here are some of the common symptoms of BPD:

People with BPD experience the world in extremes, so they may see someone as "all bad" or "all good" without perceiving any gray area. They may quickly form an intense relationship and they quickly end it due to a perceived insult or slight. Because they usually have a fear of abandonment they form an excessive dependency in relationships.

Although it is more frequent in females BPD is also diagnosed in men. Those with BPD may use recurrent suicidal gestures or self-mutilation to manipulate others or get attention.

According to the National Institute of Mental Health Information Resource Center BPD has a pattern of varying moods, behavior, and self-image and those with BPD may exhibit intense episodes of anxiety, depression, and anger that can last anywhere from a few hours to several days.

BPD is often found in a dual diagnosis with other disorders such as bipolar, depression, anxiety, substance abuse, and eating disorders. This is why it can be so difficult to diagnose, especially with substance abuse. There are quite a few symptoms BPD shares with AUD and other substance abuse disorders, so a professional may not realize the patient is battling more than one disorder. Here are some of the traits that can be found in both BPD and AUD:

Because people with BPD have extreme feelings and emotions drinking tends to amplify the symptoms. Alcohol is more likely to make them impulsive and their chances of suicide also rise. Because those with BPD already have a suicide rate up to 50 percent higher than the general population this is the most worrying effect of alcohol use.

Often those with BPD begin using alcohol to dull their heightened senses and escape from reality, but those with BPD are also prone to become addicted faster with more severe symptoms of AUD. Since the two disorders share so many traits it becomes a vicious circle of destruction. Because over 50 percent of all fatal car crashes involve alcohol there is a very high chance someone with BPD and AUD will become an accident statistic by killing wither themselves or another while driving under the influence.

Using alcohol reduces the ability of those with BPD to make healthy decisions and also reduces their chances of successful treatment for either condition. At the same time, it is imperative that someone diagnosed with BPD be honest with their therapist or doctor about their alcohol consumption as well as any other drug use.

It's rather common for those with BPD to ignore their health provider's orders and recommendations, and non-compliance is the biggest hurdle in successful management of the dual diagnosis of BPD and AUD.

Because of this it's vital that the patient be honest and at the same time the therapist be on the lookout for signs of non-compliance with treatment plans.

Those with BPD may have a perception that they have the disorder because they are alcoholics or are alcoholics because they have BPD. Because one of the traits of BPD is manipulation they may simply lie about their compliance or may try to turn one medical provider against another. They should be monitored for symptoms of alcohol and drug abuse during treatment to ensure compliance.

Unless someone with a dual diagnosis is enrolled in an in-patient treatment program they will most likely be self-monitored during treatment, which may make it more difficult for health providers to determine whether they are following the treatment plan. This is the main reason all professionals involved with treatment should confer with each other regularly to look for signs of progress and compliance.

Unique Issues Faced by People with BPD with AUD

BPD and AUD symptoms overlap in several areas, and the biggest issue is getting a proper diagnosis with both disorders. Because those with BPD are naturally manipulative and anti-social they may see interaction with a therapist or other professional as a game. The two disorders share several signs that may make it more difficult to both disorders properly:

Because of these shared traits the two disorders often exacerbate each other, making each disorder worse than if faced or treated alone.

Those with BPD and AUD are more likely to drop out of treatment and are more often prone to engage in other addictive behaviors such as gambling or binge eating.

People diagnosed with both BPD and AUD also have a higher risk of relapse, and this should be considered during treatment. Relapse prevention should be addressed as abstinence from all substance abuse as well as other risky behaviors and self-harming actions.

Often treatment at a traditional substance abuse rehab facility is difficult unless the staff is trained in diagnosing and treating dual disorders, so the most important step is to find a facility that has the resources to treat a dual diagnosis. Both disorders must be treated concurrently for the patient to find success. This is why those with dual disorders often go years without recovering from their disorders.

If a person with dual disorders does seek treatment from separate providers it is imperative that the professionals collaborate on treatment. The most effective treatment is a team approach where all professionals meet regularly to discuss treatment. For example, a person with BPD and AUD may be seeing a psychiatrist and a group therapist at the same time; the two therapists should discuss treatment options and progress regularly.

The most effective treatment for BPD is psychotherapy, either one-on-one or in a group format. There are two common types of psychotherapy that have been found effective in treating BPD: