What is Alcoholism? Risk Factors of Alcohol Abuse

Alcoholism is a disease. For most people, having a drink is a social, convivial occasion. Many alcoholics start out that way, but eventually alcohol comes to rule their lives. Some people have a genetic predisposition to alcoholism. If a close family member was an alcoholic – or if many people in the family drank to excess – there’s a good chance a genetic influence is there.

The alcoholic beverage industry creates a world where drinking is fun and sophisticated. For too many people, the reality is that drinking ruins their careers, families and health. It also reduces their lifespan, as alcoholics tend to die a decade earlier than their non-alcoholic contemporaries.

While the stereotypical alcoholic is a bum passed out on the street, alcoholism affects people from every walk of life. Men and women of all races, ethnicities, religions and classes are alcoholics – even those belonging to cultures and religions that prohibit alcohol consumption. A person doesn’t have to drink every day to be considered an alcoholic. 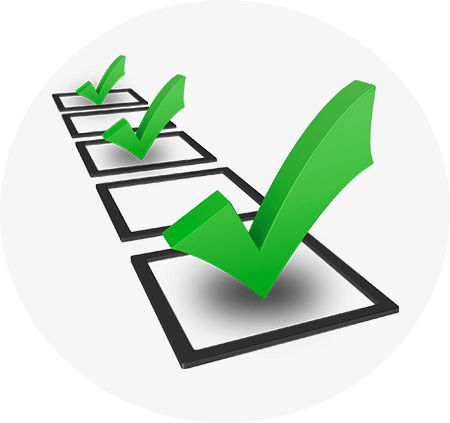 While genetics plays a role in developing alcoholism, that does not mean every person with a genetic predisposition will become an alcoholic, although the risk is there. Other factors for alcoholism include the age at which a person starts drinking. Those who begin drinking in adolescence are at higher risk for alcoholism than those who do not drink until after the legal age. People who grew up with a family history of violence, sexual abuse and depression are at greater risk of using alcohol to excess. Anyone suffering from undiagnosed mental illness is at greater risk of becoming alcohol dependent.

Partners or good friends who drink to excess may influence others to drink more than they should. Trying to keep up with a crowd that drinks a lot can pave the way to alcoholism. 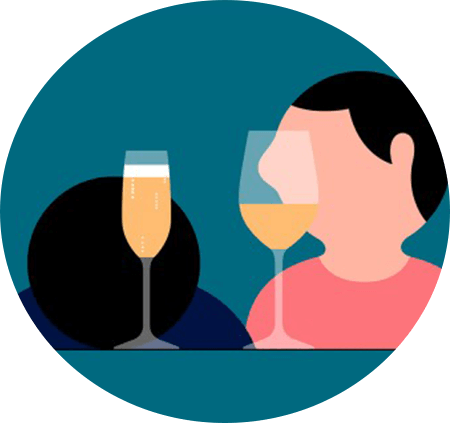 A “drink” is based on the size of the type of alcoholic beverage. For example, a beer is defined as 12 ounces of alcohol consumed, while wine is 5 ounces and whiskey and other hard liquors are 1.5 ounces. That means wine is not safer than hard liquor – it’s simply a matter of the amount consumed. Those who have between one and two drinks daily, or less, are considered light to moderate drinkers. Even this type of drinking may have deleterious effects on some people, even though light to moderate drinkers are not considered alcoholics. Problem drinking falls into two main categories:

The more people drink, the more their brain chemistry becomes dependent on alcohol. 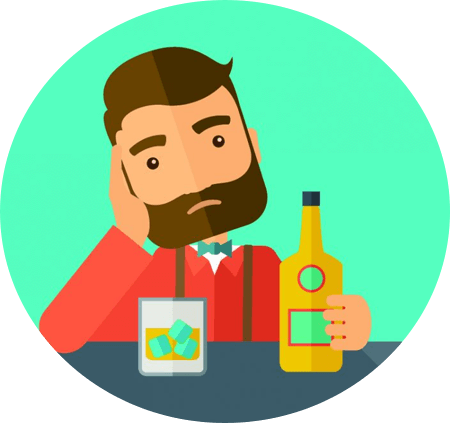 Just as every person is unique, so is their alcoholism. Still, alcohol abusers tend to fall into basic types. You might recognize problem drinkers falling into these categories:

Some alcoholics realize they have a problem but continue to use alcohol. These are individuals who may have tried to stop drinking on their own but found the withdrawal symptoms too difficult to withstand.

If someone tells you they fear you have a drinking problem, listen to them. Friends and relatives may recognize the issue long before you do.

Why do people drink? The reasons are as unique as the individual, but drinking is part of most cultures. Some of the primary reasons people drink include:

In the short-term, alcohol can create a euphoric effect. It is also a depressant. Some people may drink to help them sleep, but that is a big mistake. While drinking can make a person sleepy, the effect is short-lived, and the individual will generally wake up in the middle of the night and find themselves unable to get back to sleep.

Health Issues from Excessive Alcohol Use 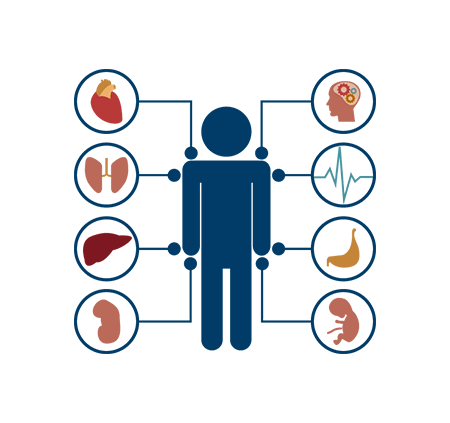 Alcohol abuse can lead to various health issues and may prove fatal. The CDC reports that excessive drinking is responsible for 10 percent of all deaths among adults aged 20 to 64 years of age. Drinking has both short-and-long-term health risks, but even the former can kill. Short-term health risks include:

That doesn’t take into account a bad hangover after a drinking bout, which may cause a worker to call in sick or perform their job when feeling impaired.

Women who drink during pregnancy run the risk of giving birth to children with fetal alcohol syndrome. These children suffer from brain damage and growth issues. They may have facial and limb deformities, vision or hearing problems, heart defects and intellectual disabilities. Some of these issues are treatable, but not curable. There is no safe amount of alcohol for a woman to consume when she is pregnant. Heavy drinking can also disrupt a women’s menstrual cycle.

In men, heavy drinking can reduce the amount of testosterone in their system and increase the amount of estrogen, the female hormone. That can result in erectile dysfunction and gynecomastia, or male breast development.

While drinking does not cause diabetes, drinking can cause low blood sugar in diabetics since alcohol interferes with blood glucose levels.

Many medication labels warn against combining these drugs with alcohol. The mix of alcohol and medications prescribed for various conditions can prove dangerous and even fatal. 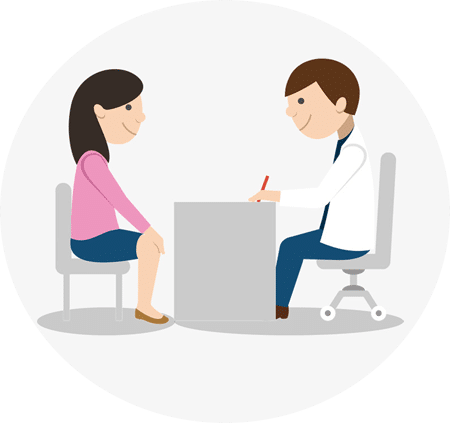 Fortunately, there are a variety of treatment options for the person who realizes they are an alcoholic.

The process begins with detoxification, and medical supervision is required. It is unwise for alcoholics to try to “dry out” by themselves. Those with a strong dependence on alcohol may suffer various withdrawal symptoms when attempting to stop drinking, including nausea, tremors, seizures and hallucinations. Worst-case scenarios include delirium tremens, a psychotic condition. Medical detoxification takes between seven and 10 days, with the end result of cleansing alcohol from the body. Detoxing patients are intensely supervised and may receive medications to help them through the ordeal. Once detoxification is complete, rehabilitation begins.

Rehabilitation – Rehab is done on an inpatient or outpatient basis, depending not only on the patient’s needs but on their insurance options. Ideally, patients are able to take advantage of inpatient facilities and the psychological, nutritional and other counseling offered for up to 90 days. These programs are intensive and quite structured. However, many insurance programs limit the amount of time at inpatient facilities to 30 to 45 days.

Outpatient facilities are a good option for those with less severe levels of alcoholism. Because there is less supervision, it may prove more difficult for some recovering alcoholics to stay sober in such an outpatient program. Such programs feature counseling, group therapy and perhaps pharmacotherapy, or the use of medications to treat alcoholism. Outpatient services may also offer educational or vocational opportunities to help alcoholics get back on their feet and head in a different direction in life. Outpatient facilities offer various ongoing supportive services to help keep patients sober.

Staying sober – The final phase of treatment is ongoing. Maintaining sobriety, also know as maintenance, often requires the help of supports groups such as Alcoholics Anonymous or counseling. Lifestyle changes are also needed. Since life no longer revolves around drinking, recovering alcoholics may find they can no longer spend time with people who still drink excessively. Part of staying sober is deciding what useful activities will take the place of the time previously spent drinking, where to spend your time and what places – and people – to avoid.

It’s also crucial to develop a support network for those moments when you feel the need to drink. With perseverance, a person can stay in the maintenance phase for the rest of their lives.

There is no real cure for alcoholism. An alcoholic cannot become a social drinker, content to have one beer after work with colleagues. They might control it for a while, but eventually the need to drink more will consume them. Staying sober is a lifelong challenge, but it’s one that many alcoholics achieve. The first step towards sobriety is recognizing a problem exists. Once you’ve made that admission, anything is possible.