Here’s Why You Blackout When You Drink

If you've ever had a blackout when drinking you're not alone: according to a study by the journal Alcoholism: Clinical & Experimental Research, a full 90 percent of teens have experienced at least one blackout caused by alcohol by the time they reach the age of 19. It's not just teens that are affected; over half of the 1402 persons in the study reported having a blackout at least once a year in the following years.

A blackout isn't the same as passing out. When you blackout you remain conscious and may continue to talk and socialize; you just don't remember the details afterwards. This can be dangerous for a wide range of reasons, the most obvious being driving while under the influence without realizing what you're doing.

The science behind a blackout

A blackout occurs when alcohol causes a disruption in the link between your long-term and short-term memory. Medically speaking, there can be a partial disruption between the two types of memory, and this is referred to as a brownout. During a partial disruption, you may remember events by a verbal or visual clue, as opposed to a total blackout where you have no idea what happened. During a blackout, the memory loss is permanent.

Who is prone to blackouts?

While there is no specific type of person who will have a blackout according to LiveScience there are some factors that can affect your alcohol blood level, which makes you more prone to blackouts. Your weight, how quickly you drink, and the type of alcohol you consume all come into play, and women are more likely to have blackouts than men.

While having a blackout there are several symptoms besides memory loss. You'll also most likely have difficulty talking, standing, and walking, and your vision and judgment will be impaired.

So, how do your long-term and short-term memories become disrupted by alcohol? According to addiction researcher and licensed psychologist Dr. Mark Rose blackouts are caused more by the speed at which you drink than the quantity. When you drink alcohol too fast it causes a wall between the two memories and short-circuits the short-term memories so they cannot form. Your memories are formed by receptors in the brain, and alcohol interferes with the receptors and prevents the new memories from forming. The degree of interference determines whether you have a brownout, or fragmented memories, or a blackout where all memories are missing.

While not fully understood, research suggests that some people are more prone to blackouts because their brains respond differently to alcohol consumption. They show decreased activity in the parts of the brain that turn experiences into memories and also in the areas that govern attention and cognitive function. Basically, drinking alcohol creates an "overload" in the brain and they blackout as a result. That means a blackout is a form of amnesia.

Alcohol plus other substances

While alcohol alone is the primary culprit in causing blackouts, drinking in combination with drug use increases the chances of a blackout. Benzodiazepine compounds such as Valium and Rohypnol can both cause memory loss, and combined with alcohol the chance of a blackout is extremely high. Likewise, combining alcohol with THC causes greater memory loss, so using marijuana while drinking may cause you to blackout.

Although you may associate blackouts with full-blown alcoholics in fact they are more common with social drinkers and binge drinkers. The National Institutes of Health states "If recreational drugs were tools, alcohol would be a sledgehammer" because of the range of functions it can impair. Blackouts have long been recognized as a primary indicator of alcoholism, as E.M. Jellinek stated in 1946.

Because of the wide-ranging dangers that can occur during a blackout, if you find you're prone to having them you should consider abstaining. Much like an allergy to certain foods, your body is telling you in no uncertain terms that alcohol may be deadly. If you have experienced one or more blackouts you may find they suddenly occur after only one or two drinks, and by then it may be too late. 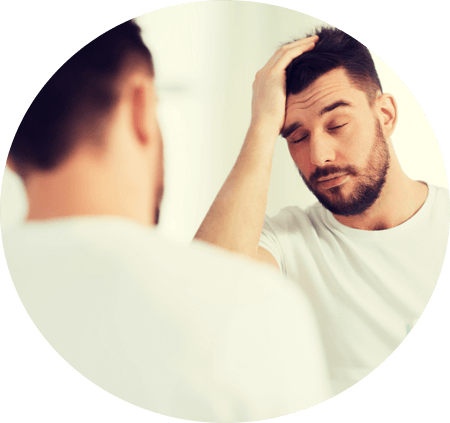 The memory impairments of a blackout are permanent. While you won't experience long-term memory loss, memory of the events that occurred during the blackout will never return. If you have a blackout you should consider it a sign of acute intoxication, regardless of the quantity you've had to drink. Because blackouts indicate a "short circuit" in your brain you may incur lasting effects on your brain, such as permanent damage to the frontal lobe that controls your cognitive function.

Additional Content to Why You Blackout When You Drink

Researchers have found that there are actually two types of blackouts involved with alcohol consumption; "Fragmentary" or partial memory loss, where a person who has been drinking experiences short blackouts and can recall only some of the events that took place, and "en bloc" which is an entire loss of memory while drinking.

These alcohol-induced blackouts are entirely different from each other and should not be confused with falling asleep or passing out, as with those you lose consciousness completely. However, with blackouts you remain conscious, awake, and functional without comprehension, meaning you don’t know what you are doing and probably won't remember anything either.

Fragmentary blackouts while drinking is the more common of the two blackout types. It occurs when memory formation is partially blocked, thereby preventing the transfer of short-term memory to long-term storage. Those who experience fragmentary blackouts will not be able to recall everything that took place while drinking unless something triggers a reminder, then certain events will suddenly become clear, according to research.

En bloc blackouts are the more dangerous of the two types of blackouts. This type blocks a person’s memory completely. When a person experiences en bloc blackouts while drinking, there is a large block of time in which information cannot be transferred from short- to long-term memory. Additionally, they are still able to retain information successfully in short-term memory, allowing them to engage in conversation, dancing, walking, and more. The worst part is that they are capable of driving a car and operating other dangerous machinery and equipment as well.

According to studies conducted on alcohol-induced blackouts, a person will not ever be able to remember what took place while drinking, as this memory loss is permanent.

Consequences of blackouts can be very serious and even deadly. What’s more, is alcohol-induced impairment can have the same detrimental effects and consequences as using the date-rape drug known as Rohypnol.In addition, these blackouts have the potential to cause permanent memory damage and make you do things you wouldn’t normally do such as:

There are numerous ways to detect when someone has been drinking. First off, there are alcohol-detection tests that you can purchase, but you may also be able to smell alcohol on people’s breath from across a room. Also, you can hear it in their speech, as after consuming alcohol people tend to slur their words or speak more slowly. They may also be off balance, having difficulty walking straight, and their eyes may be watery and red. Another thing that’s a dead giveaway is their actions.

Alcohol seems to heighten emotions, making people feel extremely happy, sad, or raging angry. For this reason, drinking alcohol has resulted in many acts of suicide and/or violence.

Also, those who have too much to drink usually make a fool of themselves; getting up on a stage in front of a crowd to make a shocking speech, singing loudly, or dancing erotically, some even go so far as to strip, which they will almost always regret the next day. However, some may never know what they did without a bystander telling them what they witnessed.

Studies found that alcohol intake is only a part of the reason why people blackout when drinking. The truth is that there are other contributing factors involved such as how fast alcohol is consumed, susceptibility, genetics, and more.

The following are measures you can take to help prevent blacking out while drinking: