Alcohol Use Disorder and PTSD

For the alcoholic who also suffers from a mental disorder such as post-traumatic stress syndrome, life seems to be more difficult for them and every day is a struggle to survive.

Alcohol Use Disorder is a problem for many people and they struggle with dependency to alcohol and display other addictive personality characteristics. Most people who took their first drink never thought they would become an alcoholic, but some did. Over time, the stresses of life, and other factors, people move from a general emotional dependency on alcohol to a physical dependency.

Once this happens, alcohol controls your life. You find you will do anything for that next drink, even causing irreparable harm to your career, relationships, and life.

For some, this situation is complicated by a condition known as PTSD. PTSD is the acronym for a serious disorder known as post-traumatic stress disorder. This mental disorder is often seen in soldiers of various armed forces who have experienced severe trauma in wars or other situations, but civilians can also experience this problem.

Symptoms and Categories of PTSD

There are several symptoms typically observed in patients with PTSD. The symptoms fall into different categories, which are briefly described below.

Behavioral symptoms in PTSD patients include agitation and hostility, social isolation from others, self-destructive type behaviors and general irritability. While these symptoms can also be due to other factors, these are prevalent in PTSD patients.

The psychological aspects of PTSD include a sense of impending doom, coupled with general fear, flashbacks, and mistrust. There is often a high state of severe anxiety even at times when it does not seem to be merited.

People living with patients suffering from PTSD may notice that they shift their mood or may have mood swings, experience a loss of interest or pleasure in activities they enjoyed, or experience a deep sense of guilt or loneliness.

In addition to these factors, PTSD patients tend to lose sleep or experience insomnia and nightmares on a regular basis.

Emotional detachment has also been observed in many patients along with other related problems and trauma.

The DSM (Diagnostic & Statistical Manual of Mental Disorders) is the manual that all clinicians, researchers, psychologists, and others use to diagnose mental illness. The latest edition of the manual (DSM 5) was released in October 2017.

The APA (American Psychological Association) views anyone who exhibits 5 or more out of 8 symptoms for a disorder as having the disorder. This factor, along with various components of the person's psychological makeup and history, will determine the diagnosis. To be diagnosed, the assessments must be done by certified or licensed psychological testers and diagnosed by someone (such as a psychologist), who has the qualifications to diagnose.

What is a dual diagnosis?

In mental health circles, when a person is diagnosed as having both a mental disorder such as PTSD or others plus a dependency on alcohol or drugs, they are considered to have a Dual Diagnosis.

Dual diagnoses complicate the issue of alcoholism and the mental disorder because symptoms often cross over and it is difficult to determine which one has caused the problems. Additionally, the patient suffers the symptoms to a greater degree due to the fact that each is exacerbated by the other condition.

In the case of PTSD, patients with this disorder should never drink alcohol because alcohol can further excite an already agitated state that is often present in PTSD, causing much more intense symptomology and distress in the patient.

This statistic is likely occurring as veterans turn to alcohol to relieve some of the pain or stress of their experiences, but the alcohol only makes their condition worse.

The Trap of Alcohol

Soldiers are not the only one susceptible to PTSD with alcohol abuse intermingled. Anyone who has ever suffered from depression from the loss of a loved one, emotional or sexual abuse, or other factors is a potential risk for developing PTSD.

If you add alcohol to the mix, it will only complicate the problem by creating more intense symptoms than with PTSD alone. If someone is a true alcoholic, this means they are dependent on the qualities of alcohol and their body cannot function without it.

Someone in this stage of alcohol dependency, should seek treatment immediately for both the alcohol dependency issue and the PTSD. While each are treated differently, there are many specialty treatment programs and centers that focus on those who are affected by both disorders concurrently. 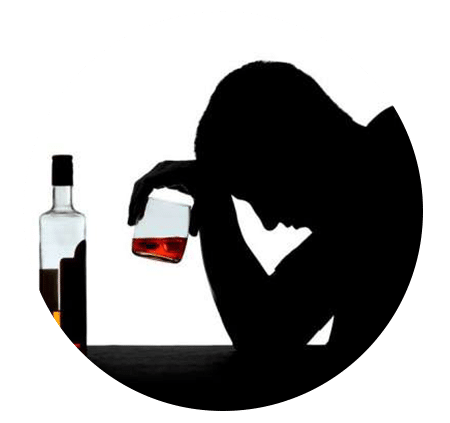 One of the most difficult challenges among psychological professionals is to get patients with a dual diagnosis to comply with their treatment plan. Many PTSD patients feel out of control already in their lives due to their disorder and the accompanying symptoms. When they also experience a dependency on alcohol, they feel out of control completely and seek to regain some of this control.

In so doing, they often turn to more alcohol or get off of their treatment plan because they want to be independent in their choices in life. However, someone in this state is not in control and the more they try to fight their treatment, the deeper in the hole they will get.

Despite these harrowing facts and statistics, there is hope for someone suffering from a dual diagnosis for alcoholism and PTSD. Licensed therapists and psychologists who are trained in the unique approach for these disorders can get to the issues at hand and offer a sound and therapeutic plan to get the person back to a sense of normalcy.

PTSD was once considered a form of psychosis, but the APA (American Psychological Association) has deemed the labeling of mental illnesses as psychotic or neurotic, an outdated method. They believe it produces a stigma for such people, so they tend to group all mental illness into categories such as mood disorders, personality disorders, and so forth, and have dropped the psychotic or neurotic labeling as of this writing.

This is good since it avoids putting the person into a category of severe mental illness. However, it should still be noted that people who have PTSD can have psychotic breaks with reality at times and should be considered potentially dangerous to themselves or others.

However, with proper treatment of both the disorder and the alcoholic dependency, most victims of these disorders can find wellness over time and look forward to living a normal life if they follow the directions of their mental health professionals and report any problems immediately.

Despite the APA's determination to drop the status of "psychosis" for PTSD sufferers, there is still a stigma on patients with PTSD because most people understand that such people can be prone to unexpected outbursts, flashbacks, and incidents that can damage or threaten relationships, jobs, and situations on a regular basis.

People with PTSD, under the HIPAA Act, have no obligation to tell employers or others that they suffer from this disorder. But it might be wise under certain conditions to do so, to avoid the issues that are seen among typical patients of PTSD.

If you are under treatment for PTSD and/or alcoholism, advising your employer of your disorder is up to you. But, if your treatment is successful, you will be able to provide evidence that you are getting better, possibly alleviating any fears of employers upon hiring you.

Regarding personal relationships, it is difficult to hide a PTSD condition if you have it. People closest to you are going to notice the disorder much easier than acquaintances or strangers standing in the post office line. Again, it is to up to you to decide whether you want to divulge this information to a friend or associate. Most will be understanding, but some will not. It is a decision that you want to consider carefully as the disorder, just like alcoholism, carries a stigma with the general population.

How PTSD and Alcohol Use Disorder Differ

There are many differences between the two disorders but one main difference in the way these disorders are viewed by the general population. PTSD is usually considered a disorder that was outside of one's control. It is associated with being a victim of physical or psychological trauma such as times of war or sexual assault. But an alcoholic is sometimes viewed as someone who got themselves into their own predicament.

Most people have a general understanding that alcoholism is a disease. This is enforced by the listing of alcoholism as a disease in both the DSM and the AMA Journals. However, this is a stigma that you should be aware of and you should try to remind yourself that the only thing that matters is getting back to a state of wellness. Don't let other people bring you down by their stereotypes or false belief systems.

The key to success in treatment is to seek treatment and seek it fast if you suffer from a dual diagnosis or if you are a patient of either disorder. Both are difficult conditions to treat in isolation but having both conditions complicates the situation. Still, there is help to be found if you are determined and can maintain a positive attitude toward your treatment program.

Your family and good friends can also serve as a positive inner support group and can be your strength throughout your treatment plan. Families of PTSD victims as well as those suffering from alcoholism know that both of these problems affect the entire family, so they are usually highly supportive of the treatment.

But even if they are not, remember, it's your life and you should value yourself enough to seek treatment, even if you are the only support you have in your corner. When you do seek treatment, you will find many others just like you who are also in need of support and understanding.

Tomorrow starts today. Reach out to a licensed therapist at one of the local dual diagnosis treatment centers in your area. And get started on your new life.